For over 135 years, NHS has played a fundamental role in building and nurturing young minds and in doing so it has contributed significantly to the skills and job market of this country.

Whilst the school has undergone many changes over the recent years, it has none-the-less grown from its humble beginnings in 1882, into a school with a proud reputation for consistent academic and sporting excellence.

In the modern day we are seen as a transformed school, but with the same values and ethos as 100 years ago. We place emphasis on sport, academics and culture throughout the year. Our traditions live on. We have very passionate supporters from past and present learners, parents and educators as well as Old Boys Clubs from all ethnic groups around the world.

Since 2011, when Mr Gary de Jager started his career as a sport educator at NHS, he believed that NHS has a much greater potential than to be just a normal school with sport, competing at an average level. He strongly believed that with effort, investment and support, NHS can be transformed into one of the first black sport development academies in South Africa.

Our sporting facilities have potential and can be upgraded to be at the same level as some of the bigger public and private schools in South Africa. Our coaches can and should be at such a standard of coaching that they can be utilised as a specialist for a certain/designated age group throughout the sporting codes available at NHS.

On NHS premises, we have our hostel that is currently utilised by a non-profit organisation; however, this establishment is key to the development of the NHS Sport Academy. It must be upgraded to a high standard and utilised to its full potential and is an integral part of the academy process.

The ideal is to scout sport players, with finance assistance, from rural areas all over South Africa, place them into our academy, and give them not just a sport education, but also academic and cultural avenues.

Our hope is to have the best Development Academy in the country so we can attract support/sponsors from companies, universities, government institutions. With the financial support, we hope to maintain and fund all learners that form part of this Development Academy. 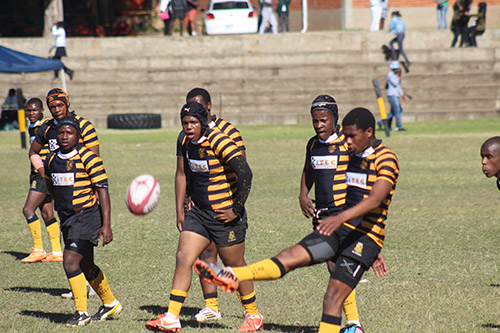 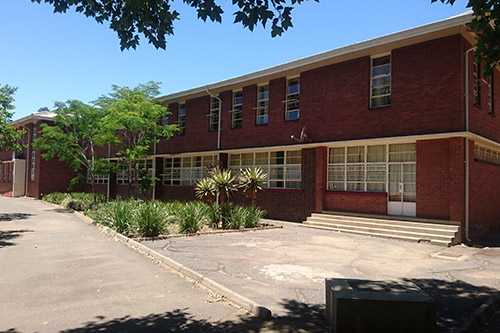 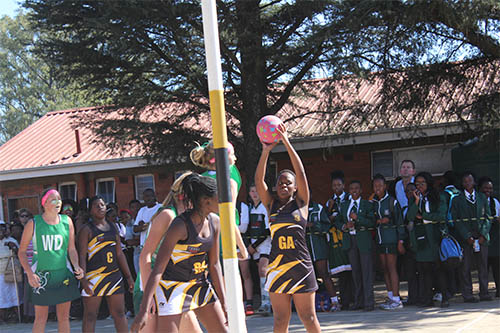 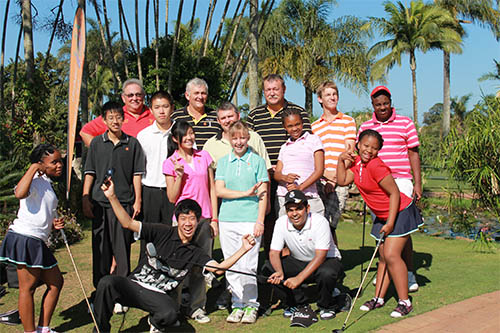 Most often than not our grade 8 learners come from backgrounds of no experience in sport whatsoever. Effectively our coaches begin training these players from scratch at u14 level as they do not even have basic ball skills. Therefore at NHS we need to do many hours of development to be able to get these players to a level of competitiveness.

In previous years, our sport players have been very successful, producing several Amajuba District, Northern Natal, KZN Inland and Country Districts teams from all age groups. . We at NHS are very passionate about our sport, because our sport symbolises much of what NHS stands for as our slogan ‘FIDE ET FORTITUDINE’ means By Faith and Courage. It is only by Faith and Courage that we have managed to uphold a hard working ethos amongst our learners for 135 years and will continue to do so for 135 more to come. 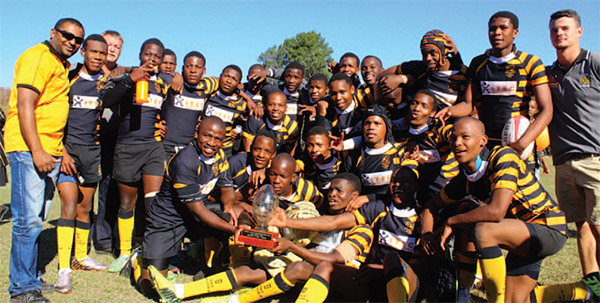 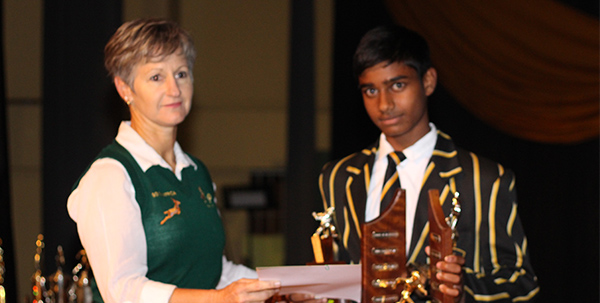 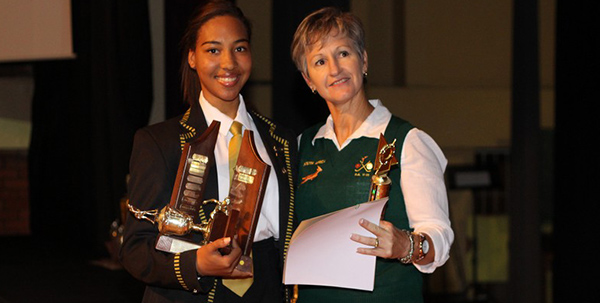 The Department of Sport & Recreation (DSR) started a project where they have identified certain schools in South Africa to become Sport Focus Schools. The idea of this programme is for the DSR to identify learners in rural areas and send them to these sport focus schools (one criterion is these school must have boarding facilities). The schools’ responsibility will include developing skills of athletes at school level leading to national and international sporting excellence so a career in sport may be persued. Not only will sport be a main focus, the school will also be responsible for the academic and cultural well-being of the learner. The DSR will ensure that there is capacity building of educators as sport coaches, technical officials & administrator; provide equipment and attire and support and endorse the application of the Sport Focus School to identify funders in accordance with the programme.

At the beginning of 2015 the DSR and NHS were in negotiations regarding the Sport Focus School. The first delivery of equipment and attire was received on 27thMarch 2015. The 2nd delivery of gym equipment was received on 12th October 2015 and the 3rd delivery consisting of supplements and trommel was received on 11th March 2016. NHS was audited by the DSR and Sport Focus School Task Team on 4th November 2015, where after the agreement was signed between the two parties (DSR and NHS). Since then coaches have attended 2 workshops. The first taking place in Durban on 4th March and second, also in Durban on 17thSeptember 2016.

WHERE DO YOU FIT IN?

WHERE ARE WE NOW?

On receipt of the sport equipment and attire from the DSR, it was divided between the different sport codes throughout the school. Learners were also identified to receive the various sport supplements (Approved by DSR).

The school has also started the process of getting quotes to establish a gym on the school premises where much of our sport development will be done.

Discussions are also taking place on how to establish a Personal Sport Development Centre where we will identify several athletes to receive individual training before/after school and during their PET lessons. Structure discussions with coaches are ongoing on how we can improve our approach in development at all age group levels in all sporting codes. We have thus far invested thousands of rands in a bore hole on the sport fields as well as a drag line irrigation as an attempt to save and upgrade our sport fields.

We hope by early 2017 that the Personal Sport Development centre should be complete and fully functioning. Communications between NHS and DSR regarding the upgrade and maintenance of the multi-purpose court needs to take place.

Coaching structures should be in place and all coaches to be on par with the specific coaching structures communicated to them. Meetings to be held with DSR with regards to coaching clinics and umpiring/referee courses for all concerned. Plans are in place for suitably qualified instructors to lead training courses/clinics for all sporting codes throughout the year. Plans for the gym will soon be finalised and construction starting. 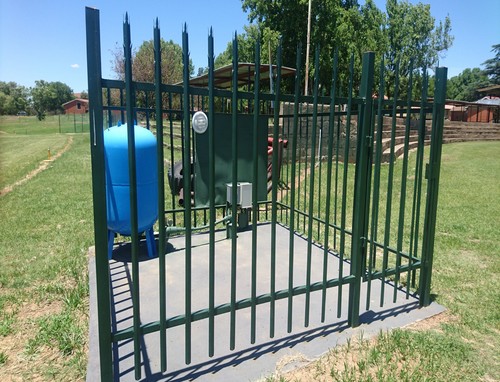 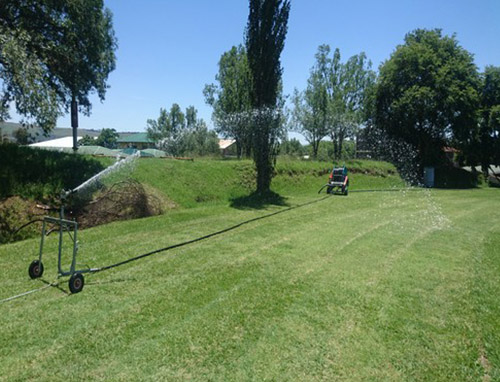 In the next 5 years we see the school becoming the leading sport development Academy in KZN.

Our hostel will be fully operational housing approximately 150 learners that have been selected to participate in our sports development program.

Our sport facilities will be of a high standard and will be one of the main attractions in NKZN.

Our coaching structures will be in place and we will boast some of the best coaches in NKZN for all our sporting codes.

A trust fund will be up and running and will help support the development learners as well as the upkeep of the sports academy.

We will pride ourselves in having the best development programs for all sport codes in South Africa and will be a major contributor to transformation in sports in South Africa.

Our aim is for Newcastle High School to become an advocate in developing under privileged sport stars for the future and to be known all over South Africa for our commitment to transformation in sport and well rounded education of the youth of South Africa.

We sincerely trust that you will be a potential sponsor in this major undertaking towards improving sporting excellence in our country! PLEASE join us!