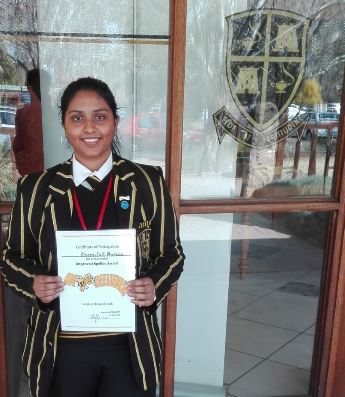 On the 19 th of May 2017, NHS successfully hosted its first GET Phase Spelling Bee. The learners were given a list of more than a thousand words to learn, which they diligently did. About 14 learners from grades 8 and 9 participated. The learners did their best and the three learners who eventually made it through to the hotly-contested final round were:

Well done to the learners who spent their holidays revising these words. These three learners will participate in the next round (Cluster) against six other schools in August.

NHS has once more hosted a riveting Spelling Bee! The ice cold weather of Friday 18 th August 2017, could not dampen the enthusiasm of the Senior Phase(grades 7-9) learners of the four schools, Suryaville Primary, Huttenpark Primary, Lennoxton Primary and NHS.
Twelve learners from grades 7 to 9, who were the top three spellers in their respective schools, gave an admirable performance spelling words that many adults may not even have heard of or know how to spell. We extend our congratulations to the following three learners who will represent the Newcastle Cluster at the District competition on 31 st August 2017:

Well done to all the participants and their coaches. We look forward to a thrilling District competition.

NHS was recently one of eleven schools who participated in the District Spelling Bee on the 31 st August 2017 at the Amajuba Education Centre. There were 18 learners in the competition from as far away as Dundee and Utrecht. It was a tough competition with learners exhibiting outstanding spelling abilities as they vied for the top 3 spots. Prevana Choonilall who represented NHS, did her very best. However she stumbled on a word which saw her being eliminated from the competition. This resulted in her being joint 5 th overall.NHS is very proud of Prevana and her achievement. 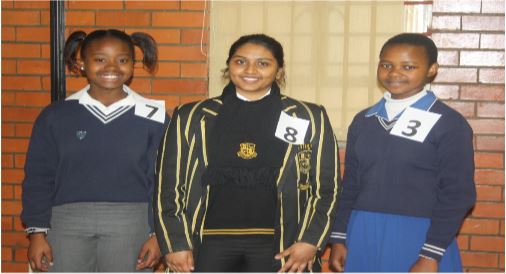 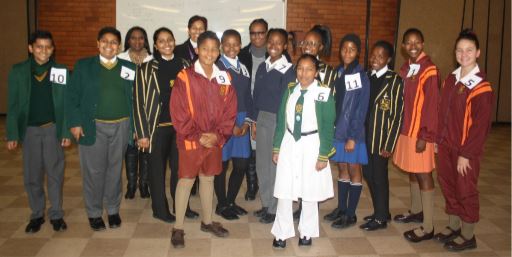